The Prize
The winnings, the winners 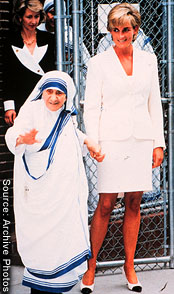 The Winnings
Each winner of a Nobel Prize, which can go to individuals and institutions, takes home a medal, a diploma, and cash, which varies each year and depends on the income earned on the Nobel Foundation fund. In 2002, winners will be awarded 10 million Swedish kroners, or just over one million dollars.

The awards process begins an entire year before the awards are announced, with the administers of the awards inviting nominations from the fall through January 31 of the next year. On February 1, the six committees begin considering nominees and make recommendations to the prize-awarding subcommittees in September and early October. The winners must be announced by November 15. Nobel week begins in early October.

Turning Down the Prize
Prizes are not automatically awarded each year. They can be withheld if there are no worthy candidates or when a world situation makes awarding the prizes impractical. Because of World War II, no awards were given from 1940–1942. Prizes can also be declined. Even if a prize is declined, the winner is entered in the books, but the cash gift reverts back to the fund. In 1937, Hitler issued a decree that forbade Germans from accepting Nobel Prizes. He considered pacifist journalist Carl von Ossietzky's 1935 peace prize a slap in the face. In 1973 Le Duc Tho refused the Nobel Peace Prize as he did not believe peace had been reached in Vietnam.

Women Prize Winners
Many would argue that Princess Diana's tireless work on behalf of AIDS victims, her campaign to ban landmines, and her many other humanitarian crusades make her an ideal Nobel Peace Prize candidate, but unfortunately awards cannot be made posthumously. There have only been 10 women peace prize recipients.

The first, Baroness Bertha von Suttner, in 1905, was perhaps the inspiration for the award itself. Von Suttner, who organized the Austrian Peace Society and wrote the landmark anti-war novel Lay Down Your Arms, was a close friend of Alfred Nobel. When he established the peace prize, he wrote that it should go "to the person who shall have done the most or the best work for fraternity between nations, for the abolition of standing armies and for the holding and promotion of peace congresses"—precisely the work the Baroness had been engaged in.