Pet FAQs: Why You Should Spay or Neuter Your Pet

Why You Should Spay or Neuter Your Pet

Every day in the United States thousands upon thousands of puppies and kittens are born because of the uncontrolled breeding of pets. Add to that number the offspring of stray and abandoned companion animals, and the total becomes even more staggering. Every year, between 8 and 12 million animals enter U.S. shelters; some 4-6 million of these animals are euthanized because there are no homes for them. 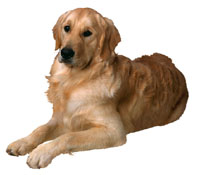 Some people refuse to spay or neuter their pet because they think it would be nice for their pet to have puppies or kittens. But each responsible home that is found for for these puppies and kittens means one less home that is available for the many shelter animals waiting to be adopted. Each day animal shelters are forced to destroy thousands of dogs and cats for lack of responsible homes.

Spaying and neutering can also drastically improve your pet's health and life expectancy. The idea that pets become fat or lazy when they are spayed or neutered is a myth. Sterilized pets lead healthier, longer lives. Spaying a female eliminates the possibility of uterine and ovarian cancer and greatly reduces the risk of breast cancer. Neutering a male reduces the risk of both prostate enlargement and prostate cancer. Neutering also will make your pet more affectionate and less likely to roam, get in fights, or become lost.

Pet FAQs: Where to Have Your Pet Spayed or Neutered
Sources +
Our Common Sources
See also: