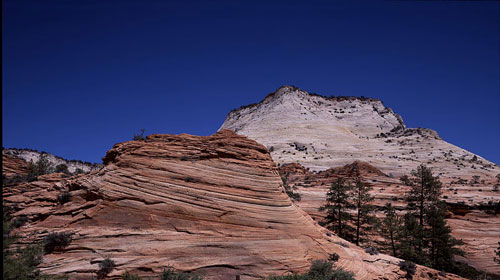 The National Park Service describes Zion as "sand castles crowning desert canyons." Visitors can walk through narrow canyon walls and among towering sandstone cliffs of brilliant red, pink, and cream. Zion was established on July 31, 1909, by President William Taft. It was the first National Park established in Utah. In 1920, park visitation was 3,692; in 1996 it reached 2.5 million.
Fun Fact: There are over 250 types of birds spotted in Zion National Park each year. 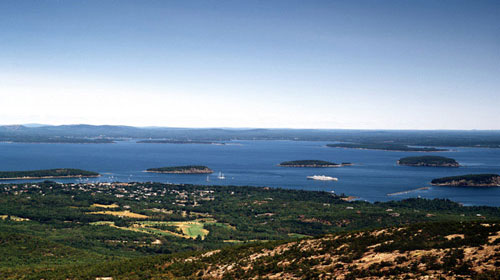 Acadia is almost completely surrounded by sea in southeastern Maine and occupies much of Mount Desert Island. Acadia, the first National Park established east of the Mississippi River, was created by President Woodrow Wilson in 1919. It is home to Cadillac Mountain, the tallest mountain on the U.S. Atlantic Coast. Hikers can follow the rugged coastlines dotted with historic lighthouses, discover glaciers and lakes, and ascend granite peaks. Acadia National Park protects more than 47,000 acres of land that are rich with plants and animals.
Fun Fact: Cadillac Mountain is the first place in the U.S. to see sunrise at certain times of the year. 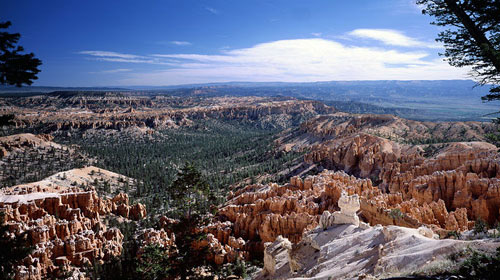 Bryce Canyon boasts red rock spires and horseshoe-shaped amphitheaters. The famous red rock spires, called "hoodoos," are formed when ice and rainwater wear away limestone. The park offers a view of the Paunsaugunt Plateau in southern Utah. Bryce Canyon includes three climatic zones: spruce/fir forest, Ponderosa Pine forest, and Pinyon Pine/juniper forest. With 100-plus species of birds, more than 1,000 plant species, and the uniqueness of the rocks, Bryce Canyon has earned the designation as a national park.
Fun Fact: The Bryce Canyon Lodge was built during the 1920s. It is a national landmark and the only remaining original lodge. 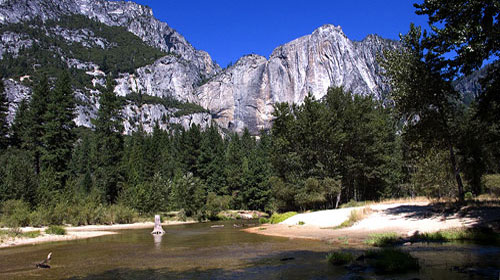 Yosemite was established in east-central California in 1890, with Mount Lyell as its highest peak. The 1,200-square-mile wilderness park is best known for its waterfalls, deep valleys, rolling meadows, and giant sequoia trees. Yosemite's beauty attracts millions of visitors every year, creating the need for increased protection of its natural state. In the 1970s, the National Park Service began to encourage visitors to walk or use public transportation in the park. Cars were banned from areas of the park and public transportation was implemented in the valley.
Fun Fact: Almost 95% of Yosemite is designated wilderness, meaning Congress granted a special distinction for its protection from further development. 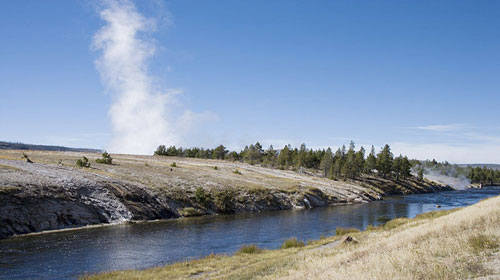 Yellowstone is America's first national park. It spans 2,219,791 acres of land in Wyoming, Montana, and Idaho. Yellowstone was established in 1872 to preserve a wide range of wildlife, including grizzly bears, wolves, bison, and elk, and to protect a collection of extraordinary geysers and hot springs, such as Old Faithful and Mammoth Hot Springs. Before the National Park Service was established, the U.S. Army was in charge of its protection; troops built Fort Yellowstone at Mammoth Hot Springs to monitor the land from 1886 to 1918.
Fun Fact: There were no wolves in Yellowstone in 1994. They were reintroduced to the park in 1995, and by the end of 2007, there were over 170 wolves in Yellowstone. 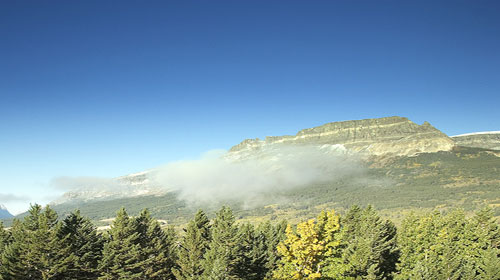 Glacier National Park stretches 1,013,572 acres across northwestern Montana and into Canada, where it's designated Waterton-Glacier International Peace Park. There are about 26 glaciers, more than 200 glacier-fed lakes (Lake McDonald and St. Mary Lake are the largest), high peaks, over 750 miles of hiking trails, sheer precipices, large forests, waterfalls, and a great variety of wildlife and wildflowers. Glacier is home to more than 70 species of mammals and over 260 species of birds.

Temperature fluctuations have caused glacier growth and depletion. Ten thousand years ago, the area of Glacier National Park was covered by ice up to one mile below sea level. The latest warm period has caused the number of glaciers to decrease from 150 in 1850 to 26 today. If current global warming trends continue, there will be no glaciers left in Glacier National Park by 2030.
Fun Fact: Named by the Blackfeet tribe, Glacier National Park's ecosystem is called the "backbone of the World." 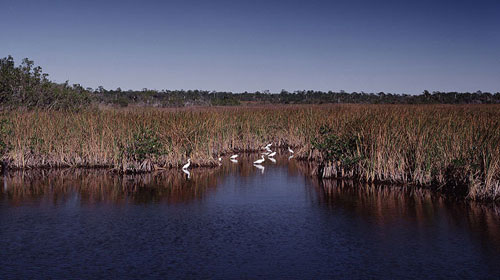 The Florida Everglades is the largest subtropical wilderness in the United States and home to rare and endangered species, including the American crocodile, Florida panther, and West Indian manatee. The Everglades National Park protects over 1.5 million acres of land, making it the third largest national park in the lower 48 states. The Park offers 156 miles of canoe, kayak, and walking trails, as well as thousands of acres of shallow water flats, channels, and mangrove keys for fishing. The Everglades has been designated an International Biosphere Reserve, a World Heritage Site, and a Wetland of International Importance.
Fun Fact: Many people consider the Everglades to be a large swamp, but it is technically a slow-moving river. 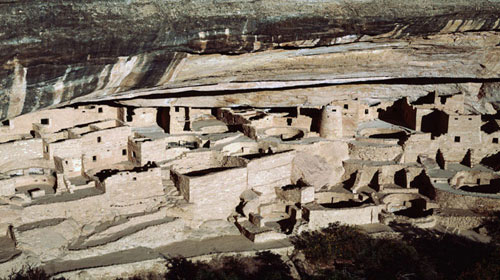 Mesa Verde National Park, located in southwestern Colorado, is home to the best-preserved cliff dwellings and relics in the United Sates. The Park protects over 4,000 known archeological sites. Visitors can hike to ancient Pueblo sites, including Cliff Palace, Balcony House, or Long House, which were home to Pueblo people for over 700 years, from about A.D. 550 to 1300. It was not until about 1200 that they lived in the cliff dwellings for which Mesa Verde is famous. For the first six centuries, most of the Pueblo people lived on the mesa tops. Mesa Verde National Park was established by President Theodore Roosevelt in 1906, and was the first park created to "preserve the works of man."
Fun Fact: The subterranean kivas that were home to Ancestral Pueblos stayed a comfortable 50 degrees Fahrenheit all year round. 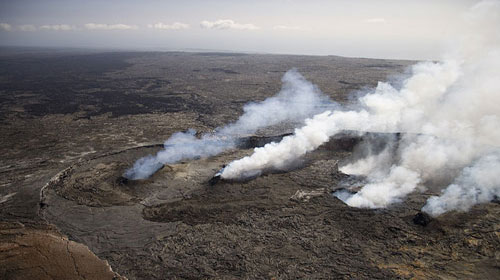 Hawaii Volcanoes National Park is home to two of the world's most active volcanoes, Mauna Loa and Kilauea. Its landscape is the result of 70 million years of volcanism. Since 1983, Kilauea has erupted lava almost continuously, creating new geologic features that include cinder cones, craters, and rivers of lava. Every time a volcano erupts, lava flow adds acres of new land to the island. Over 568 acres of new land has been added to the southern shore of Kilauea since 1983.
Fun Fact: There are two native butterflies found in Hawaii, including the Kamehameha butterfly and the Blackburn's little blue butterfly. 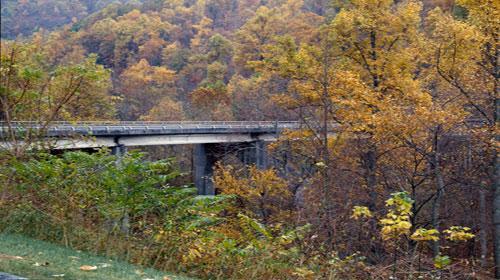 The Great Smokey Mountains National Park is part of the Appalachian system located in both Tennessee and North Carolina. In 1926, President Calvin Coolidge established the Park to preserve a great deal of Appalachian history and its resources. The mountains are named for the smoke-like haze that envelops them. More than 25 peaks rise over 6,000 feet. Clingmans Dome, 6,642 feet, and Mt. Guyot, 6,621 feet, are the highest points in Tennessee, and named after geologists T. L. Clingman and Arnold Guyot, who explored the mountains in the late 1800s. The park includes 600 miles of trails through forests and many streams and waterfalls. Many visitors come to the Smokey Mountains hoping to see a bear. Around 1,500 bears live in the park.
Fun Fact: The Great Smokey Mountains has at least 30 different species of salamanders, earning it the nickname "Salamander Capital of the World."