Since its inception in 1958, NASA has built several lines of spaceships that made space exploration reality rather than a dream limited to science fiction, as well as two space stations that allow scientists to conduct research over long periods of time. This slideshow celebrates the engineering marvels that were borne out of the NASA space program. 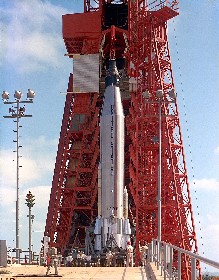 Project Mercury, which ran from 1958 to 1963, was the United States' first human-in-space program. The basic mission of the program was to improve knowledge about humanity's capabilities in space. Alan Shepard, Jr. rode the Mercury rocket Freedom 7 into sub-orbit in 1961, becoming the first American in space.
Photo source: NASA 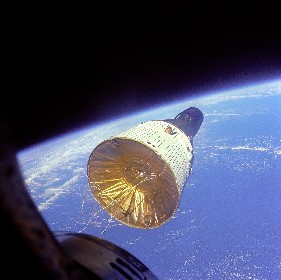 The purpose of Gemini was to test how humans would be affected by space flights lasting two weeks or longer?the time it would take a craft to reach the Moon and then return. Gemini crafts were twice as large as the Mercury capsule, with enough space for two astronauts. Gemini also allowed the astronauts to open the capsule from the inside and perform spacewalks.
Photo source: NASA 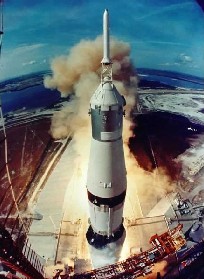 The Apollo Program was designed to safely ferry astronauts to the Moon and then back to Earth. The Apollo spacecraft had three sections: the command module, which housed crew quarters and flight control; the service modules, which held the propulsion and support systems; and the lunar module, which could detach from the rest of the craft, land on the moon, and then return to reconnect with the rest of the ship before heading back to Earth. Apollo 11 was the first to accomplish that task, in 1969.
Photo source: NASA 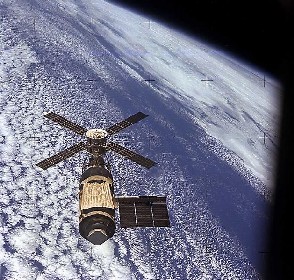 In 1973, the United States' first Earth-orbiting space station was launched into space. Skylab was designed to prove humans could work and live in space for prolonged periods of time without suffering ill effects. The distance between Earth and the 77-ton space station was about 300 miles. Unexpectedly high sunspot activity hurt Skylab's ability to maintain orbit, resulting in its descent into the atmosphere in 1978, when most of the space station burned up.
Photo source: NASA 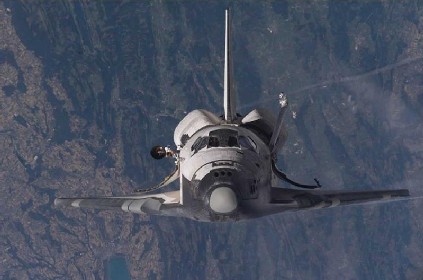 The Space Shuttle Program introduced the first reusable craft into NASA's fleet. It consists of a winged orbiter housing the crew, equipment, and a large bay for cargo. The shuttle has been instrumental in placing space-based telescopes in orbit, repairing damage and malfunctions in various satellites and telescopes, and in constructing the International Space Station. As many as eight astronauts can comfortably fly and work aboard the shuttles.
Photo source: NASA 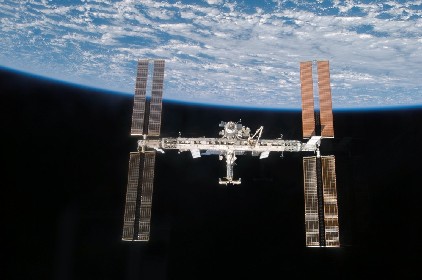 The ISS is an endeavor led by the United States with 16 other nations. It is the size of two football fields and orbits Earth at 17,500 miles per hour. The station is a huge state-of-the-art laboratory for researching and developing new technologies. It will also be an indispensable stepping stone for future endeavors into space, such as returning to the Moon and establishing a human presence on Mars.
Photo source: NASA