Chicago, a major Great Lakes port, is the commercial, financial, industrial, and cultural hub of the Midwest. The bustling city, the most populous in Illinois with a population of about 3 million, is known for its architecture. Follow the slideshow to learn more about some of Chicago's most notable landmarks. 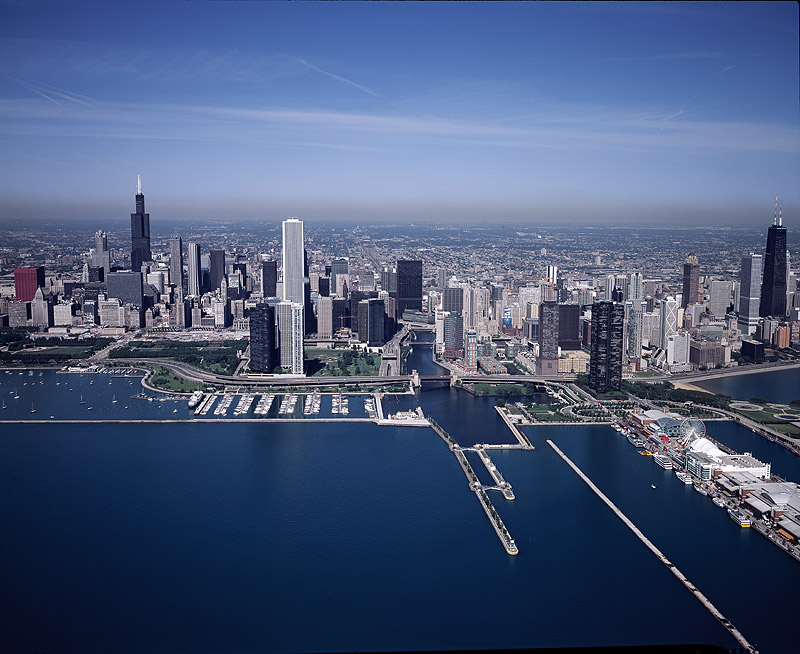 Fun Fact: Chicago's nickname, the Windy City, may have been coined by politicians from Springfield, Illinois, when describing Chicago's politicians as "windbags" due to their long-winded speeches. 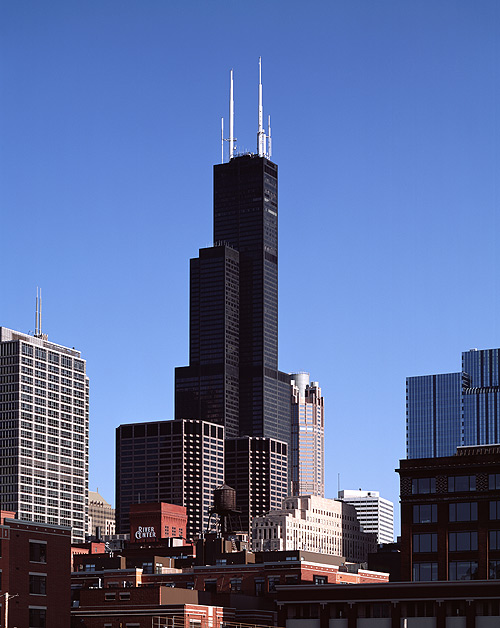 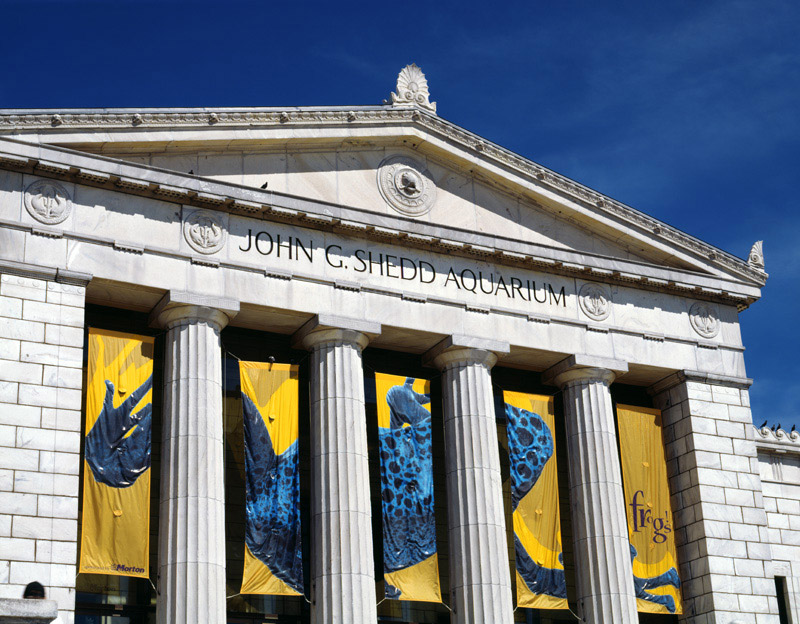 Part of Chicago's Museum Campus, the Shedd Aquarium holds more than 5 million gallons of water. Of the 25,000 fish that the aquarium hosts, the most famous is an Australian lungfish nicknamed "Granddad." The aquarium estimates that Granddad is over 80 years old and says he is the oldest fish alive in an aquarium.
Fun Fact: The Shedd Aquarium has developed the Right Bite program to teach local businesses and aquarium visitors the best meal options for increased seafood sustainability. 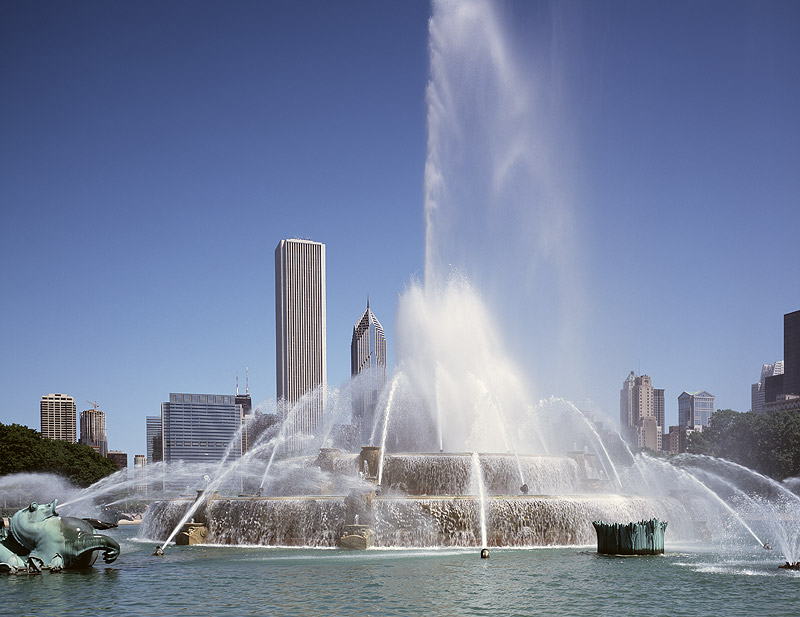 Buckingham Fountain, in Grant Park, was designed by Edward. H. Bennett, with sculptures by Jacques Lambert. First activated on May 26, 1927, the fountain contains 1.5 million gallons of water and 134 water jets. The center jet can shoot water 150 feet into the air.
Fun Fact: The Buckingham Fountain was the starting point of Route 66, a major highway system that stretched from Chicago to Los Angeles, California. 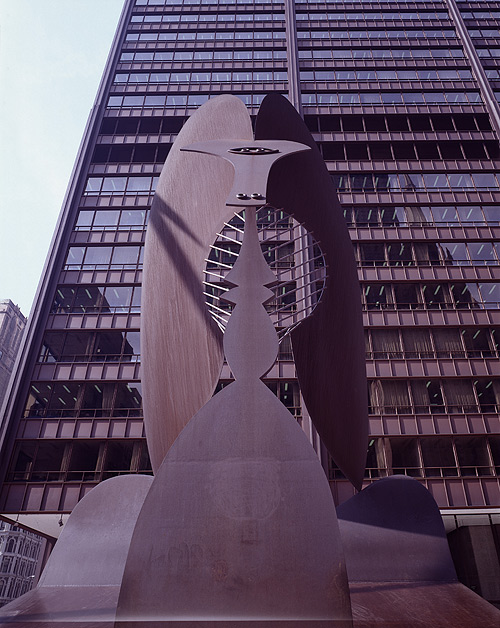 Located in the Daley Plaza, the sculpture was a gift from Pablo Picasso to Chicago. The untitled work by Picasso was dedicated in 1967; it is 58 feet tall and weighs 162 tons. Because the piece is untitled, many have speculated about what the sculpture actually depicts. In the book Picasso: The Real Family Story, Olivier Widmaier Picasso (Picasso's grandson) guesses that the sculpture was most likely inspired by Lydia Corbett, a woman whom Picasso admired for her long neck and stylish ponytail.
Fun Fact: Pablo Picasso never visited Chicago. 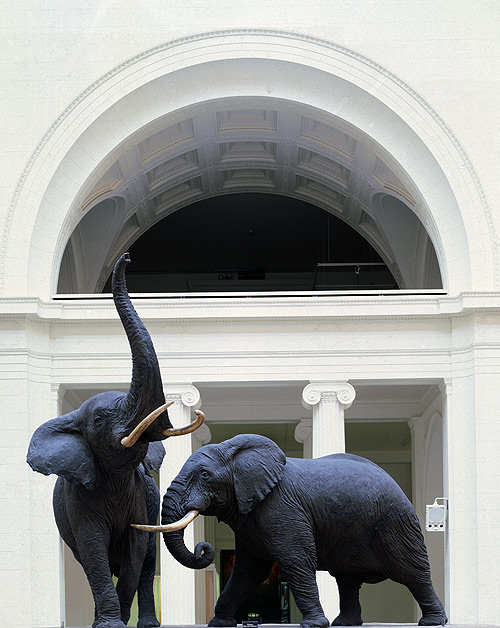 First named the Columbian Museum of Chicago, the museum's name was changed to the Field Museum of Natural History in 1905 in honor of Marshall Field, the first major benefactor of the museum. The museum originally opened in 1893 and was moved to the Museum Campus in 1921. The museum houses extensive collections of anthropological and biological exhibits. The museum is home to "Sue," the largest and most complete Tyrannosaurus Rex fossil skeleton, and the remains of the Lions of Tsavo.
Fun Fact: Because Sue's original head was too heavy for mounting, a lightweight replica was mounted in its place. 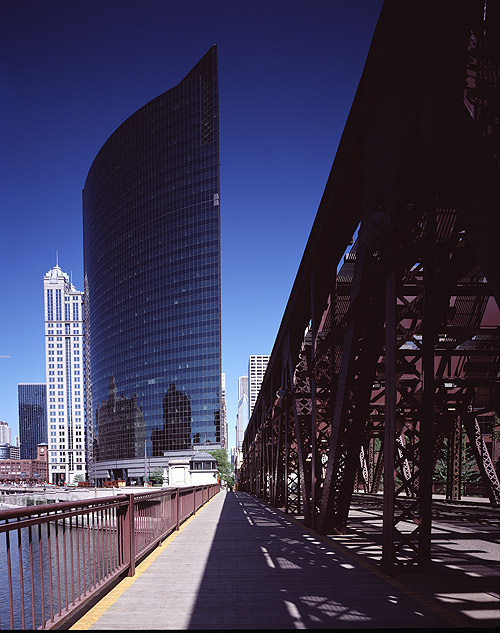 Designed by architects Kohn Pedersen Fox, the unusually shaped 333 Wacker Drive was constructed from 1979 to 1983. The rear half of the building follows the guidelines of the city grid, while the other half features a curved façade that follows the bend of the Chicago River. The green-glass curtain reflects its surroundings and creates a spectacular visual experience.
Fun Fact: Kohn Pedersen Fox won the National American Institute of Architects Honor Award in 1984 for 333 Wacker Drive. 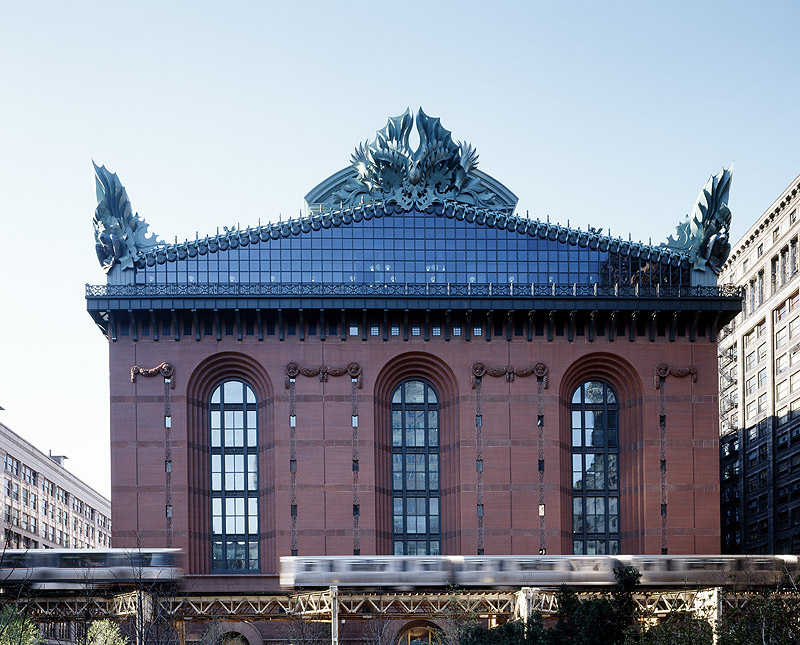 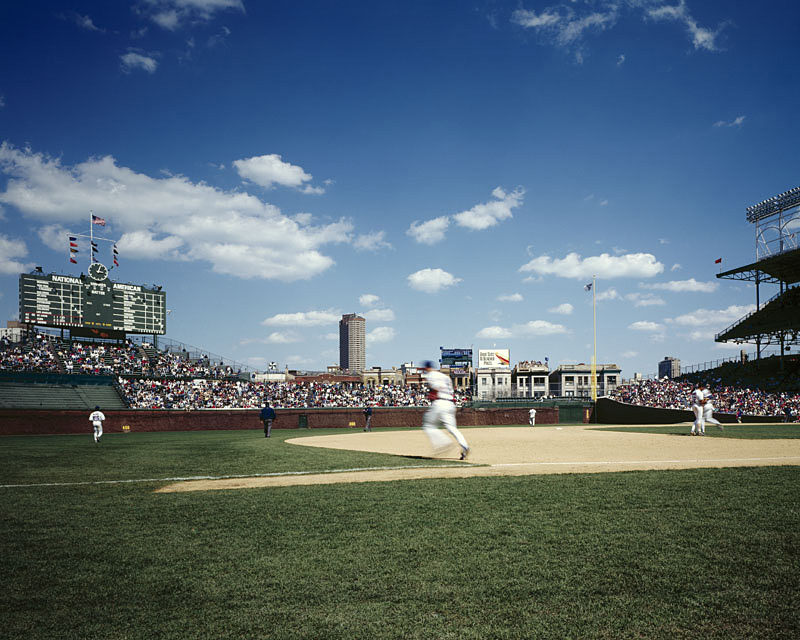 Wrigley Field, built in 1914, was originally named Weeghman Park. The park became the official home of the Chicago Cubs in 1916 and went through several name changes before finally being named after gum magnate and then-owner of the Cubs, William Wrigley Jr., in 1926. Today, the stadium is the second oldest and fourth smallest active baseball stadium in the country.
Fun Fact: Wrigley Field did not host a night game until 1988.

The Neo-Gothic Tribune Tower is home to the Chicago Tribune. The tower was designed by John Mead Howells and Raymond Hood, who won the Tribune's international design competition in 1922. A vast collection of stones from sites around the world are set in the limestone foundation of the building's tower.
Fun Fact: Carvings of Robin Hood and a howling dog around the three-story entrance to the Tribune Tower commemorate the architects, Howell and Hood.

The Art Institute of Chicago 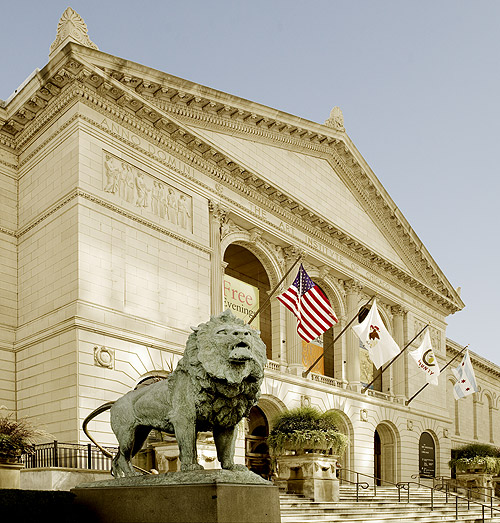 Located in Grant Park, the Art Institute of Chicago is known for its collection of impressionist, post-impressionist, and American art. The center houses many masterworks, such as Self-Portrait (Vincent Van Gogh), Nighthawks (Edward Hopper), Sunday Afternoon on the Island of La Grande Jatte (Georges-Pierre Seurat) and The Old Guitarist (Pablo Picasso). The institute was constructed in 1893 as part of the World's Columbian Exposition.
Fun Fact: The two lions that stand outside of the Michigan Avenue entrance are unofficially named after their poses. The north and south lions are referred to as "on the prowl" and "stands in an attitude of defiance," respectively.