Home to over 2.2 million people, Houston is the nation's fourth-largest city. This bustling commercial and cultural hub boasts many famous museums, works of architecture, and landmarks. Follow the slideshow to learn more. 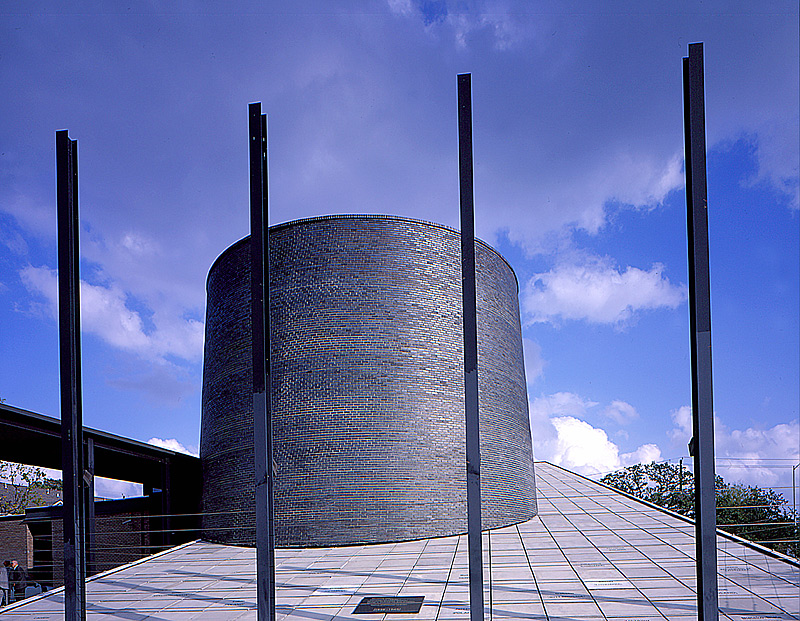 Opened in 1996, the Holocaust museum is the fourth largest of its kind in the United States. The museum is known for its outstanding efforts to promote Holocaust education in schools across the country through education kits and training.
Fun Fact: The Holocaust museum exhibits a large volume of political cartoons sketched from 1941 to 1943 by Dr. Seuss that brought awareness to Americans about the atrocities being committed in Nazi Germany.

The Museum of Fine Arts, Houston 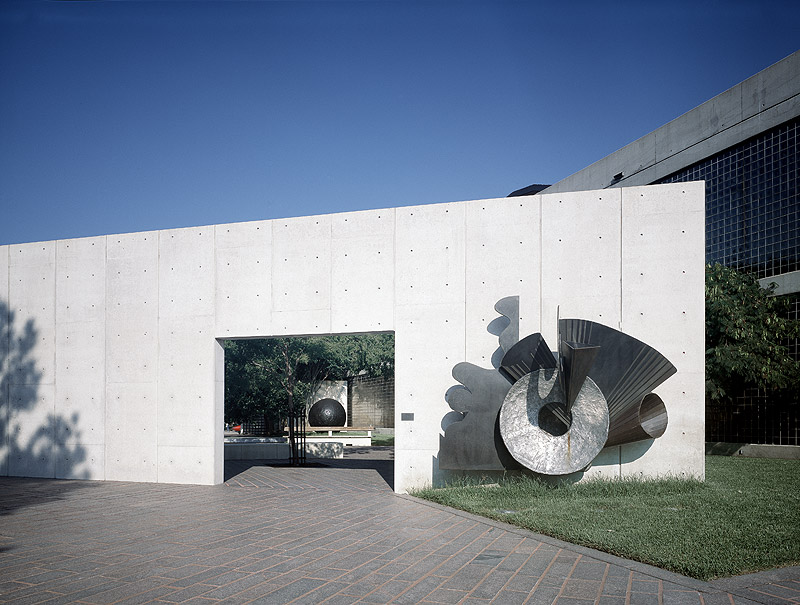 With a collection that exceeds 40,000 works and spans more than 6,000 years, the Houston Fine Arts Museum is sure to impress any art lover. Aside from the works housed within the museum's buildings, the museum maintains the Bayou Bend Collection and Gardens, a collection of decorative art and furniture. The museum is also home to the Glassell School of Art and the Cullen Sculpture Garden.
Fun Fact: The Bayou Bend Collection and Gardens is located five miles away from the rest of the museum campus. It was donated to the museum in 1957. 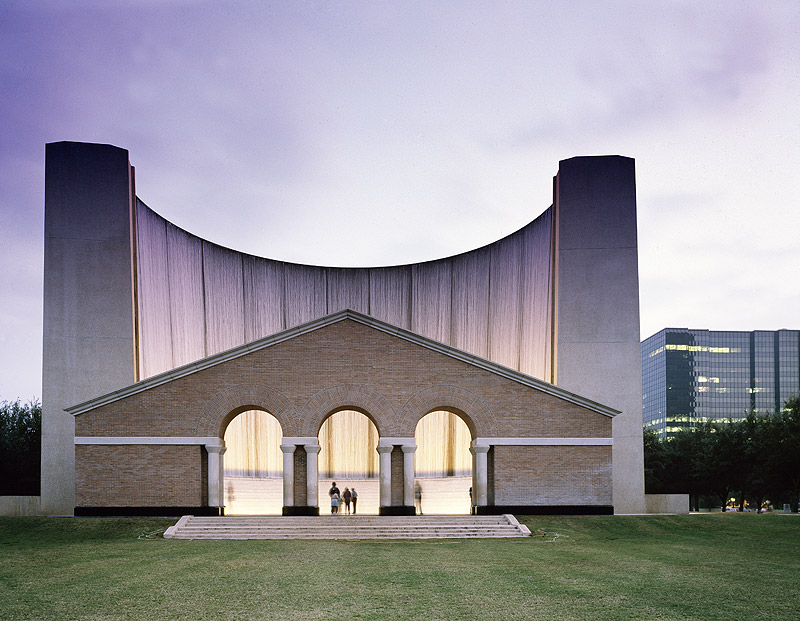 This horseshoe-shaped urban waterfall, designed by award-winning architect Phillip Johnson, pumps 78,500 gallons of water every three hours. The Water Wall is 64 feet tall, representing the adjacent 64-story Williams (formerly Transco) Tower. The surrounding park was added as an amenity to the fountain and has been a popular tourist spot since its inception.
Fun Fact: Architect Phillip Johnson won the prestigious Pritzker Prize for designing the Water Wall. 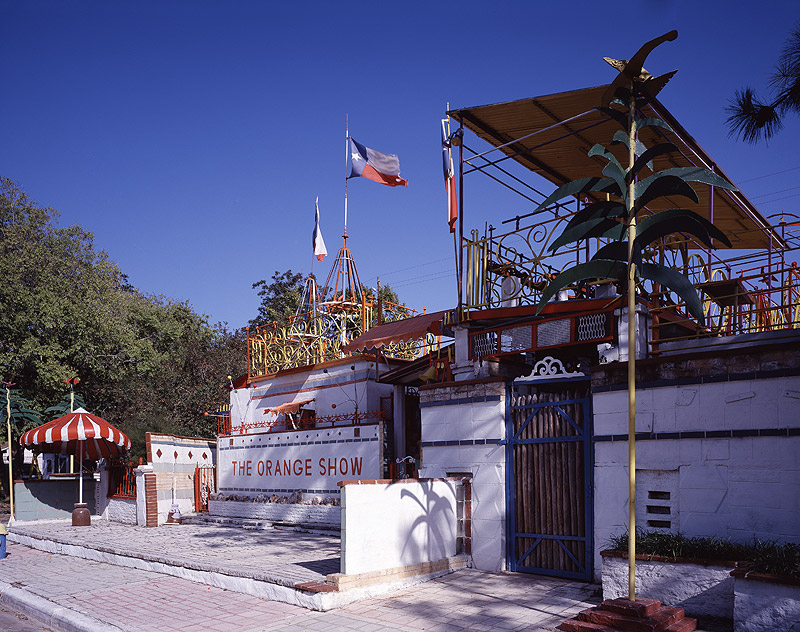 Upon retiring from the U.S. Postal Service in 1959, Jeff McKissack began to transform an empty lot near his house into a massive monument to his favorite fruit—the orange. McKissack spent 20 years building his tribute to the orange with recycled materials (tractor seats, old pipes, and bricks) and created a complex maze made of walkways, exhibits, decks, and amphitheaters. McKissack passed away months after opening the Orange Show to the public, but the Orange Show Foundation was formed soon after to preserve the site as a testimony to his creativity.
Fun Fact: The Orange Show Foundation produced the first Art Car Parade in 1988, featuring creations from around the world. 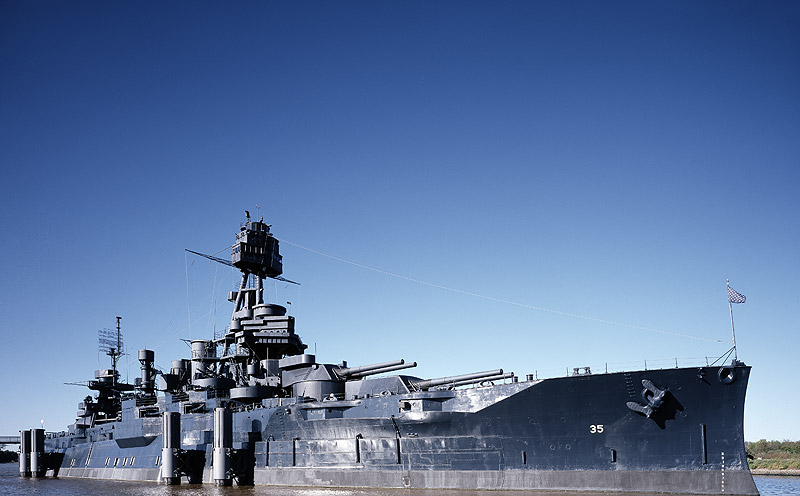 Though it serves as a museum today, this historic battleship is one of two remaining vessels to have served in both WWI and WWII. During its active service, the battleship commonly escorted convoys on missions and earned a total of five battle stars during its career. Texas was the first battleship to be equipped with anti-aircraft guns and to launch an aircraft from its deck.
Fun Fact: Texas served in D-Day operations and in the battles of Iwo Jima and Okinawa. 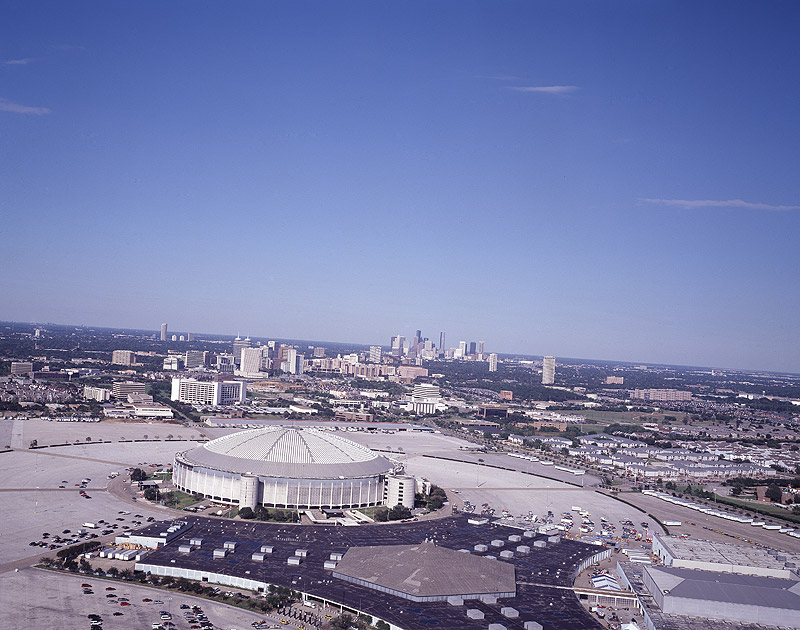 The Astrodome, the first domed sports stadium, was conceived as an escape from the subtropical weather that plagued Houston's sports enthusiasts. The complex is 18 stories tall and was originally designed to accommodate both baseball and football games. Today, the Astrodome does not host any major sports teams and has been overshadowed by its also domed neighbor, Reliant Stadium.
Fun Fact: The Astrodome housed about 25,000 Hurricane Katrina refugees from Aug. to Sept. 2005. 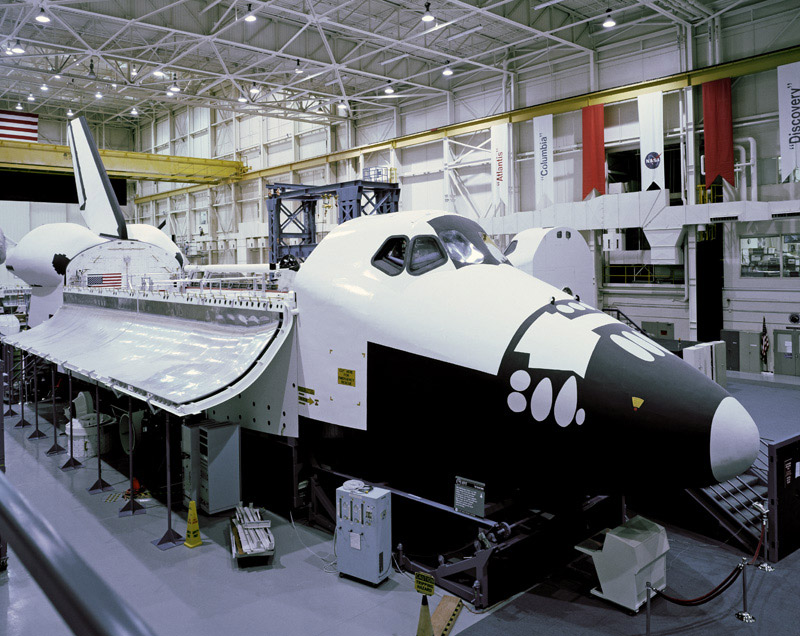 The Houston Space Center is the official visitors' center of the Lyndon B. Johnson Space Center. The center offers various tram tours of NASA, taking visitors through old and new mission control areas, a space vehicle mock-up facility, and Rocket Park, which contains the Saturn V rocket. The center also displays the historic Mercury 9 and Gemini 5 capsules.
Fun Fact: Though it is rare, visitors sometimes have the opportunity to witness astronauts training for future missions. 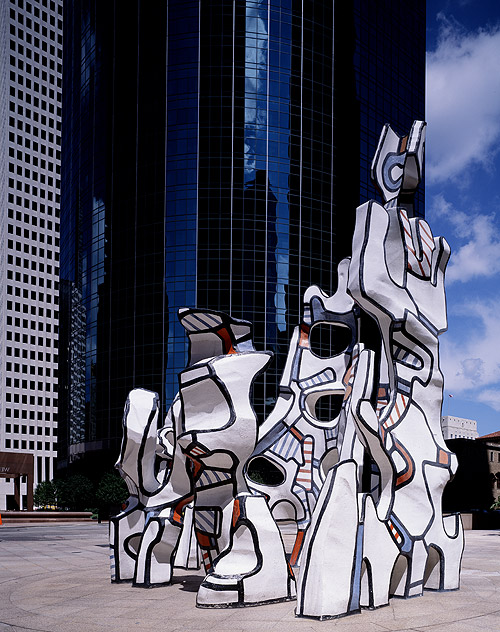 Sculpted by Jean Debuffet in 1977, this iconic sculpture was first displayed at the 1100 Louisiana Building and later moved to Discovery Green Park in 2008. The sculpture is part of Debuffet's Hourloupe Cycle, a collection of paintings, sculptures, and drawings conceived with black, white, red, and blue ballpoint pens. Monument au Fantome is made of steel armature covered by fiberglass.
Fun Fact: The different pieces of the sculpture are believed to represent a hedge, chimney, dog, phantom, mast, tree, and church.

The Houston Museum of Natural Science 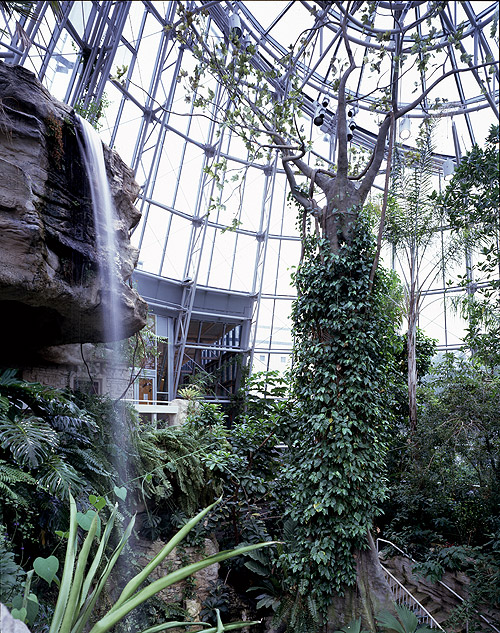 Established in 1909, the museum's current facility was constructed in 1969 at the tip of Hermann Park. The museum attracts more than two million visitors each year and is the second most popular non-Smithsonian museum in the country. Major exhibits include the Cullen Hall of Gems and Minerals (with more than 750 specimen), the Cockrell Butterfly Center (with over 1,500 butterflies), and the highly interactive Wiess Energy Hall.
Fun Fact: The museum has a 60-foot-tall Foucault pendulum, an instrument that demonstrates the rotation of the planets.