School Years around the World

From Australia to South Korea

Somewhere in the world, right now, students are hard at work in school. With over 190 nations spanning the globe’s 24 time zones, students and their academic years come in a variety of forms. Here’s a sampling of the typical school year in 13 nations throughout the world.

Students in Australia attend school for 200 days a year. Their school year lasts from late January to mid December. Since Australia is in the southern hemisphere, it experiences summer while it’s winter in the northern hemisphere. Summer vacation for Australian students is from mid December to late January. Their school year is divided into four terms, with each term lasting 9 to 11 weeks. Students then have two weeks of vacation between each term. The typical school day is from 9 a.m. to 3:30 p.m., and lunch is eaten at school. Students are required to attend school for at least eleven years, but they usually attend for twelve years. The average class size is eighteen students and there are about six computers per classroom. 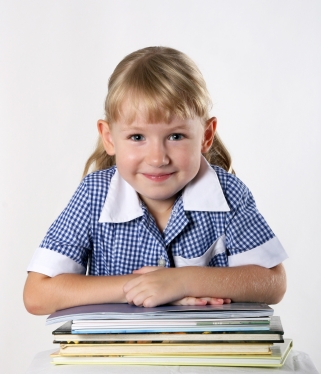 School grades in Australia are called years. Kindergarten is the first year of formal schooling, followed by year 1 through year 6; secondary school is from year 7 to year 12. A 6 year old begins in year one, while an 18 year old finishes school by year 12. From year one to year six, students spend about 12 hours a week working on math and English. Many schools integrate subjects, meaning they combine two or more academic subjects. For instance, say your class is studying coral reefs. A non-integrated approach would have students study coral reels only in science class. An integrated method incorporates math, by taking measurements, for example, and language arts. Students would then use that information to write a report about coral reefs.

Brazil, also found in the southern hemisphere, shares the same summer months as Australia. The school day in Brazil runs from 7 a.m. to noon, and students typically go home at noon to share lunch with their family. Lunch is the most important meal of the day. Most schools require students to wear a uniform.

Math, geography, history, science, Portuguese, which is the national language of Brazil, and physical education are the main subjects studied by students in Brazil. Many schools can barely afford to teach those subjects, which means that courses like art and music are often left out in poorer areas. The average class size is 30 or more students. Most schools do not have a computer in the classrooms, or have only one or two computers for 30 students to share.

Because China is in the northern hemisphere, its summer months are in line with Asia, Europe, and North America. The school year in China typically runs from the beginning of September to mid-July. Summer vacation is generally spent in summer classes or studying for entrance exams. The average school day runs from 7:30 a.m. to 5 p.m., with a two-hour lunch break. Formal education in China lasts for nine years. China provides all students with uniforms, but does not require they be worn.

There are about 21 students in each classroom. All Chinese students study from textbooks that emphasize China’s unity, past and present accomplishments, and its future. Students in China also have great access to computer technology, with a computer to student ratio of 1:2. Chinese language and math skills are tested at the end of each year. Math is typically taught by drill, which means students are repeatedly taught the basics of math until they are able to demonstrate comprehension. Education in China since the turn of the 21st century has been undergoing reform, with curriculum being redesigned to emphasize group activities and other methods believed to foster creativity and innovation.

Costa Rica was one of the first nations in Central and South America to offer free public education. On average, there are about twenty-eight students in a classroom. Students are required to wear uniforms during the nine years of their formal education, from ages 6 to 15, and supply their own lunches and snacks. Students then begin college at age 15. The school year in Costa Rica runs from February to December. Students have vacation for about two months, from December to February, and a few weeks off in July.

Costa Rica is one of the most literate nations in Central America with over 96% of students over age 15 being able to read. In addition to the regular subjects–Spanish, social studies, math, and science–all Costa Rican schools now teach students English and computer science. 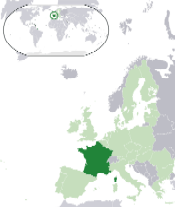 The school day in France typically runs from 8 a.m. to 4 p.m., with a half day on Saturday, although students do not attend school on Wednesday or Sunday. Lunch is a two-hour break for public school students. Students usually attend school from ages 6 to 18. The average number of students per class is 23. Uniforms are not required, but religious dress of any kind is banned. The school year for this country in the northern hemisphere stretches from August to June, and is divided into four seven-week terms, with one to two weeks of vacation in between.

Iran is another nation in the northern hemisphere with a school year similar to European countries. Students in Iran go to school for 10 months a year, or about 200 active days, from September to June. The average number of students per classroom is 27. From ages 5 to 18, boys and girls are educated separately. Girls typically have female teachers, while boys are taught by men. Religious study in Iran is required. Men and women do study together at the university level–by 2006, over half of all university students in Iran were women. 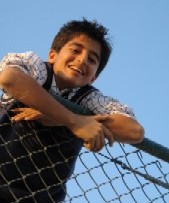 Beginning at age 5, all students must pass a yearly exam in order to move to the next grade level. Students in primary school learn about hygiene, basic math and science, reading, and study skills. Because many schools are in remote areas or do not have the money for such things as libraries, resourcefulness is necessary. For example, mobile libraries trundle across Iran to bring books to more than 4,000 children in 40 different schools. Each bus has two librarians and around 3,000 books. Students tend to get very excited when they hear the engine of the library bus coming their way.

Most Japanese schools run on a trimester schedule. The academic year begins in April and ends the following March, with breaks for summer, winter and spring separating the three terms. Uniforms are required and there are extensive rules for hair styles, shoes, socks, skirt length, make-up, accessories, and more.

In each classroom, the average number of students is 29 with five or six computers to share between them. Students in Japan study academic subjects, such as Japanese language, math, reading, social studies, music, and art, and they also receive moral education. Moral education involves teaching students about health and safety, living a disciplined life, courtesy, understanding and confidence, public manners, and environmental awareness.

The school year in this southern-hemisphere nation is divided into three terms, each 13 weeks long, with one-month breaks in between. School days are from 8 a.m. to 4 p.m. Uniforms are mandatory in government-run schools. Most classrooms have about thirty students in them.

Many schools provide lunch. Because Kenya is experiencing severe economic and environmental hardships, some students save all or part of their lunch to share with their families. Students study the Kiswahili language, English, math, science, music, history, civics, and geography, and receive religious instruction.

The school year in Mexico runs from September to June. Students go to school Monday through Friday, and have elective classes on Saturdays. Students are required to wear uniforms for primaria (elementary school) and secondaria (middle school). School days are divided into two sessions, one for the morning and one for the afternoon.

In each classroom, there are about 30 students who must share three computers. Students learn Spanish, math, art, and physical education. Other subjects are integrated into courses called environmental knowledge. These include the natural sciences, history, geography, civics, reading, writing, and oral expression.

The school year in Nigeria runs from January to December. The year is divided into three semesters with a month off in between each semester. Students must wear uniforms, as well as obey rules for hair, jewelry, and accessory restrictions.

There are about 40 students in each classroom in Nigeria. There they will learn one of the three main languages (Hausa, Yoruba, or Ibo), math, English, social studies, health and physical education, religious instruction, agriculture, and home economics.

Students in North Korea must attend school for 11 years, beginning at age 5. Students must wear uniforms provided by the government, and many students receive room and board from their government.

Students study music, art, math, the Korean language, social education. Social education includes studying about the former leader Kim Il Song, and “Communist Morality.” In later years they learn about the policies of the communist party. Social education also provides students with a controlled environment in which to learn so they are protected from “bad or unplanned influences.”

The school year in Russia runs from the first of September to late May. Students attend class from 8:30 a.m. to 3 p.m. No uniforms are required; students are instead encouraged to dress warmly. Students remain together in the same class from grades one to ten. Each classroom has about 16 students.

Tenth grade is the last year of mandatory education. Eleventh and 12th grades offer optional paths, either to vocational schools to learn trade skills or to continue to study for university entrance exams. Students in grades one to ten study Russian, math, reading, natural sciences, music, art, and physical education.

The school year in South Korea typically runs from March to February. The year is divided into two semesters (March to July and September to February). School days are from 8 a.m. to 4 p.m., but many stay later into the evening. In addition, students help clean up their classroom before leaving. Most students remain in the same room while their teachers rotate throughout the day. Each room has about thirty students with ten computers for them to share.

After 5 p.m. students have a short dinner at home, or eat at school, before study sessions or other activities begin in the evening. Students attend school Monday to Friday, with some Saturday classes scattered throughout the year. Their classes cover the Korean language, math, science, physical education, social studies, moral education, music, fine and practical arts. In third grade students begin receiving English instruction for two hours a week.