Map of South Sudan
Next 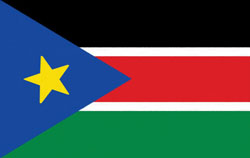