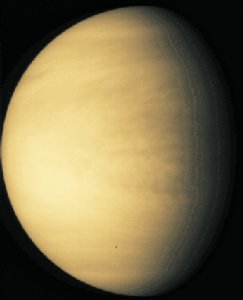 Venus is often called Earth's twin because the two planets are close in size, but that's the only similarity. The thick clouds that cover Venus create a greenhouse effect that keeps it sizzling at 864°F. Venus, named after the Roman goddess of love and beauty, is also known as the “morning star” and “evening star” since it is visible at these times to the unaided eye. Venus appears as a bright, white disk from Earth. 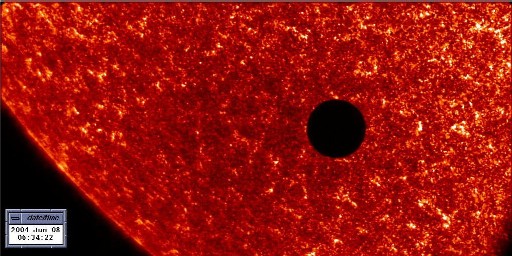 This is an image of Venus passing in front of the Sun. Photo courtesy of NASA