In a Nutshell: String Theory and Multiple Dimensions

One of coolest aspects of string theory is that in order for it to be true, it requires the existence of multiple dimensions. And it’s not just an out-there idea that only a few scientists support. It’s studied by leading physicists around the world. So does that mean there’s a parallel world with an alternate you? Not necessarily. (Though that is fun to think about.)

What if you plucked a violin string with one finger and then stuck another finger in the way of the vibrating string? The note you’d hear would be cut short. This is basically why we need multiple dimensions if string theory is going to prevail. The way strings vibrate determine what type of particle it is. But what physicists also discovered is that that the strings needed more space than just our three dimensions to express all their vibrational patterns. 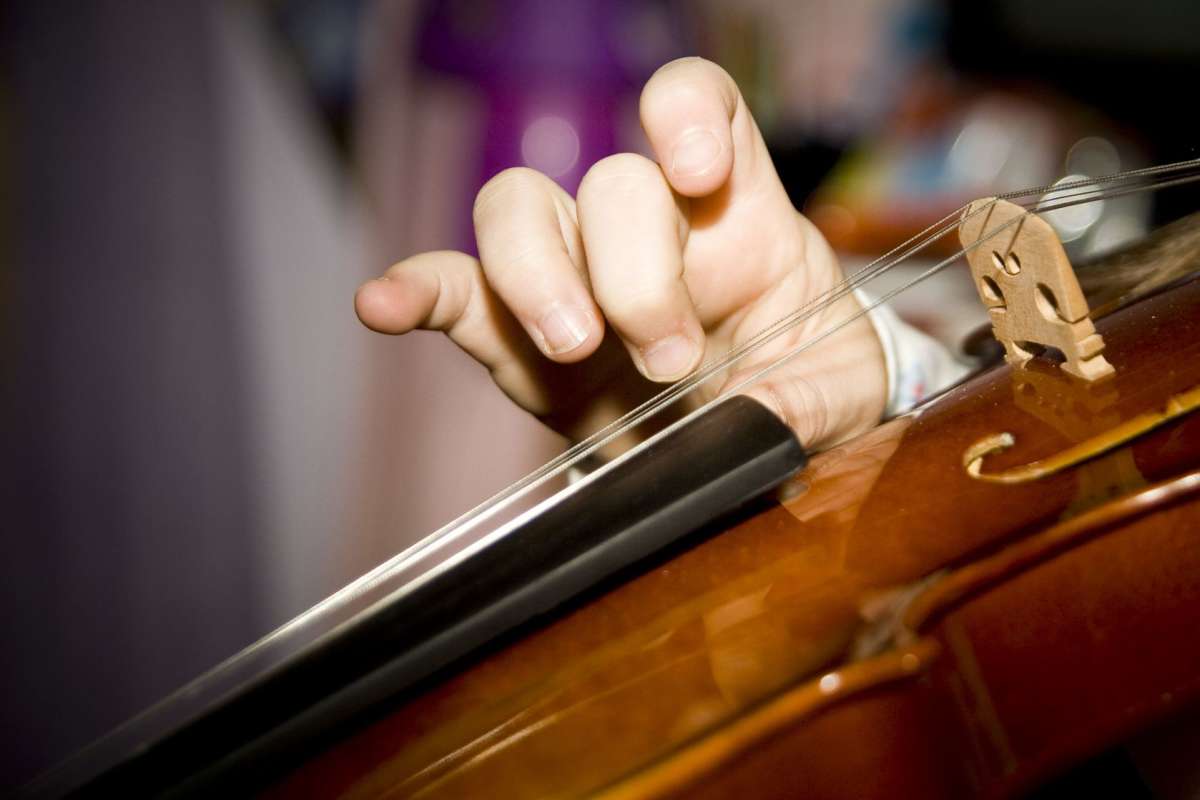 So, if there are extra dimensions, where are they, and how did they form? First, remember that we don’t live in just one dimension, we live in four — three of space and one of time. What scientists think may have happened is that, at the moment of the Big Bang, our four dimensions “uncurled” and spread out, but the other dimensions didn’t. They stayed curled up and hidden from us.

A common way to describe the idea of a curled-up extra dimension is to think of a garden hose stretched out across a gorge. If you viewed it from far away, the hose would look flat: one-dimensional. If there were a bug crawling along the hose, you could tell if it was crawling left or right, but that’s it.

But now imagine being able to view the garden hose with a really strong pair of binoculars. You’d be able to see the hose’s thickness, and you’d notice if the bug crawled back and forth, but also if it crawled around the circumference of the hose. When we’re able to view the hose with more precision, we can see that second dimension that we didn’t know was there at first. It’s short and “curled up” around the hose. This idea may sound familiar to anyone who’s seen Stranger Things.

A hidden, curled-up dimension could possibly even exist right alongside our known four, at every point in space in our familiar dimensions. And the same way you could move around in our dimensions, you could also move around in the smaller, hidden one, if you were small enough.

For example, what if the spin of a particle could be acted on by a hidden time dimension that could allow it to rotate through its entire spin but then return to the same moment in time it was at before it began its spin? It would be stuck in its own mini-time loop, like its own micro-sized version of Groundhog Day.

What Does the Future Hold?

Some of the most recent developments in string theory have been trying to unify its five different theories into one main theory, which has been termed M-theory. M-theory is so complex that physicists haven’t even decided what the “M” stands for yet (some proposed ideas are “magic,” “mystery,” and “membrane”).

Some scientists hope that developing a fuller understanding of M-theory will help lead to the much-sought-after theory of everything, which would fully explain and link together all the physical aspects of the universe.