In a Nutshell: What Does Relativity Mean to Time and Space?

According to the Theory of Relativity, time and space are relative; that is, that the way they look and feel can change depending on different points of view. But what does that actually mean? How does that affect our world? And, most intriguingly, how are some of the oldest pieces of our universe also some of the youngest?

It can be difficult to always think in terms of the universe and outer space, so let’s look at a more earthbound example. This time, there are two poles on the same side of a railroad track, and you’re standing at the midpoint between them. Now imagine you have a mirror bent at a right angle that allows you to see both poles at the same time. Lightning simultaneously strikes both poles, and you see it hit both poles at the same moment.

But your friend is on a train coming down the track, and she also has one of those right-angle mirrors. When the train reaches the midpoint, right where you’re standing, lightning simultaneously strikes the two poles again. You observe the two strikes happening at the same time like before, but your friend doesn’t. Why?

It’s a Matter of Time

The distance for you never changes because you’re not moving. So you see two events happen at the same time, and your friend sees them happen at different times. This happens because time is relative to what both of you are experiencing.

If you’re a fan of sci-fi, you’ve probably heard ship captains ordering a “jump to light speed,” or even ships having “FTL drives” that let them travel faster than light speed. There’s a reason that this is so popular in the sci-fi realm (and it’s not just because it lets characters get places faster). 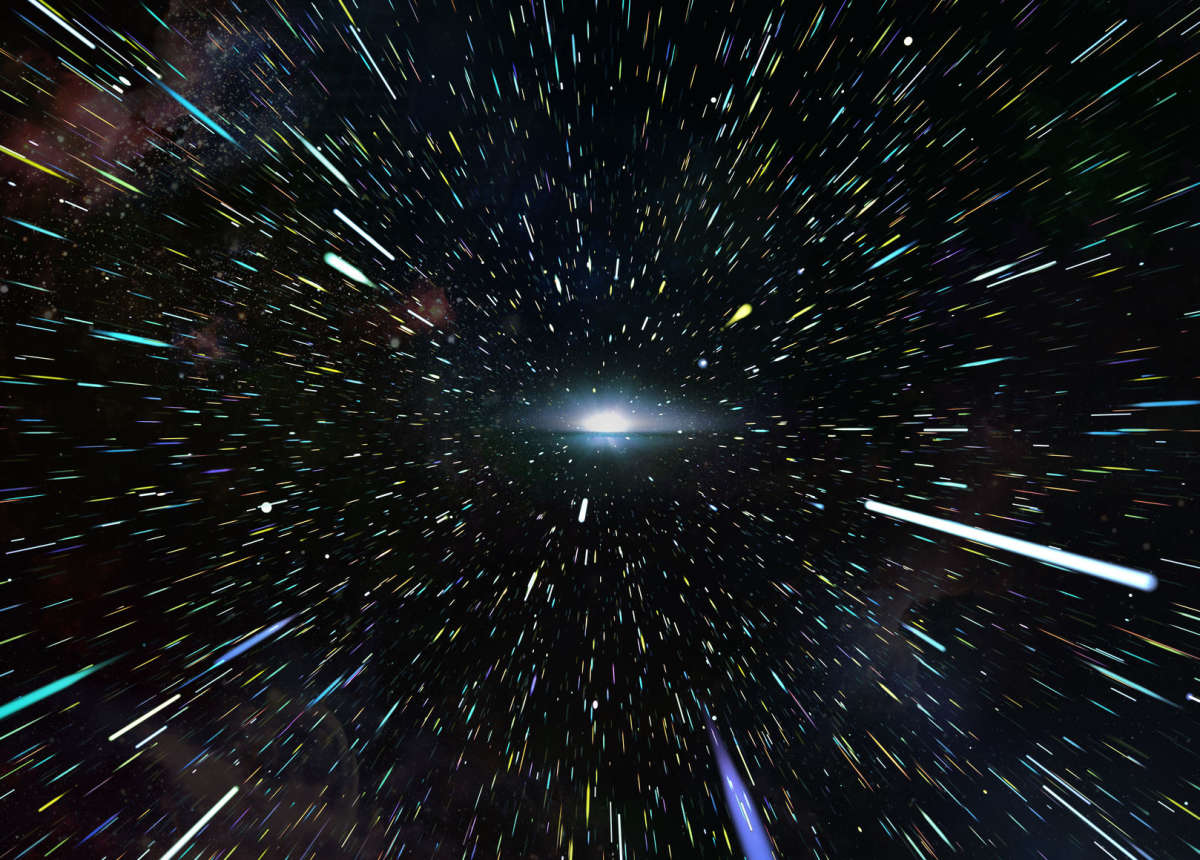 One of the coolest things that happens as an object approaches light speed is that time begins to slow down compared to time on Earth, and in fact gets slower and slower the closer it gets to achieving light speed.

This effect is called time dilation. Which basically means that the intervals of time begin to “stretch out” the faster you’re able to go. If you had a clock in your hand and another clock was able to zoom past you at near the speed of light, the clock sliding by you would appear to be ticking more slowly than the clock in your hand.

And this is how, if you were an astronaut who was able to board a ship that could travel at the speed of light, you could spend 20 years exploring the universe and get back home to Earth to find that over 300 years had passed. When you’re up in space hurtling around at light speed, time runs slower for you than it does for everyone back on Earth. Not only would your watch tick more slowly, but your heart rate would slow down, your breathing would slow down and your rate of aging would slow down.

You’ve obviously heard of 3D. It’s what makes movies look like they’re popping out at us, because in addition to length and width, they incorporate depth, just like our real world. These three dimensions make up space as we know it. But there’s a fourth dimension that also affects every object in space, and that dimension is time.

Whenever we move, we can see ourselves going from point A to point B. We have a sense of our movement through space. But we’re also moving through time. When you get out of bed in the morning and walk downstairs for breakfast, you’re not just traveling from bedroom to kitchen, you’re also “traveling” from 6:30 a.m. to 6:40 a.m.

So you can get a sense of how we can’t separate an object’s motion from time any more than we could from the distance it’s traveling or the space it’s taking up.

Now here’s the fun part. If you’re just sitting around, all of your motion is focused into moving through just one of the four dimensions: time. You don’t normally think about sitting and playing on your phone as being a form of time travel, but you are technically moving forward in time.

Then you start moving, and some of your motion gets used up traveling through space, so you have less to use to travel through time. Of course, we can’t travel anywhere near fast enough for any difference to take place.

But what if we could? What if you could keep moving faster and faster, using up more and more of your motion for space and less and less for time? Guess what? If you were able to travel at the speed of light, all of your motion would be wrapped up in getting you to travel at the maximum speed through space, and there would be none left to help you travel through time — and, for you, time would stop.

At the speed of light, there is no passage of time. And this is why the photons that were produced during the Big Bang are still the same age they were when they first developed.