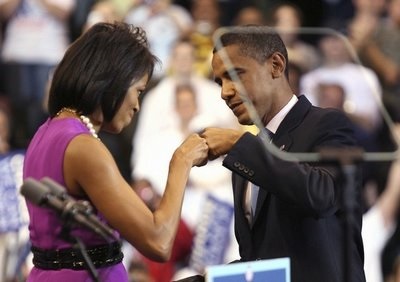 On June 5, 2008, The Washington Post, referring to coverage of the Democratic National Convention where Barack Obama earned his party's nomination, declared: "It was the fist bump heard round the world." That first fist bump captured the essence of Obama's rallying cry of "hope and change" and was to be followed by countless more during the next two terms Obama served as our nation's first black president.
Photo source: Flickr: VoxEfx