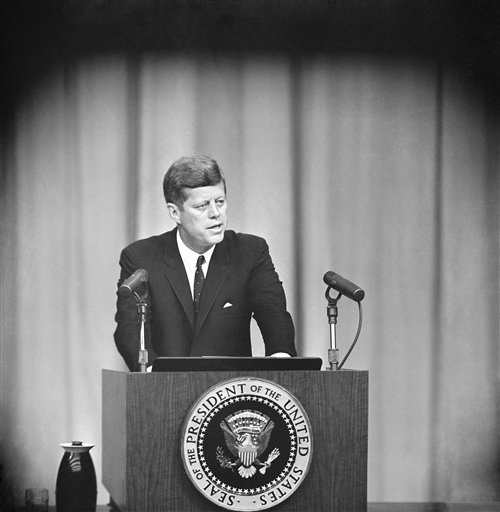 In television and radio broadcasts during October and November, 1962, President John F. Kennedy alerted the world to the extremely delicate in Cuba; the photographic evidence of Russian missile sites threw tensions between the three countries into the highest gear, careening toward nuclear war. In one broadcast, the president addressed the people of Cuba directly, âNow your leaders are no longer Cuban leaders inspired by Cuban ideals. They are puppets and agents of an international conspiracy which has turned Cuba against your friends and neighbors in the Americas, and turned it into the first Latin Americn country to become a target for nuclear war—the first Latin American country to have these weapons on its soil.â
Photo source: AP Photo